To Whom It May Concern (or not): 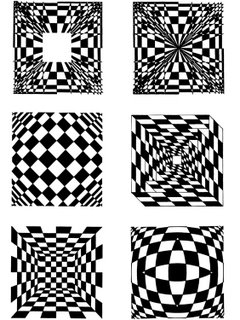 I'm going to indulge in a bit of rambling today. It seems I'm feeling a little lost, no not lost, but disoriented. Sometimes the Earth seems to not be spinning just right on its axis so that I get a little topsy-turvy. In my reading about butterflies I learned that it's probably some kind of magnetic thing that guides Monarch butterflies in their sometimes thousands-of-miles-long migrations. Well, if a butterfly can have some kind of magnetic thing then why can't I? ;-) And though I don't really know much about any of that stuff I have read that the Earth's magnetic poles are shifting and that they have always done this. Anyway, whatever. Unfortunately, I'll probably never learn exactly why I feel this way sometimes.

I've had several posts started, but I can't seem to finish any of them yet. Primarily, I've been thinking about Cognitive Pyschology and Spirituality, Feminism (pros and cons, but mostly cons), the problems with Anthropic reasoning, Biological vs. Environmental Influences, Tricksters in History, and Magic Words and Alchemy. Is your head spinning yet? Mine is. LOL Maybe it's more than my poor little brain can handle.

Anyway, I just know there is some thread of something that will lead me back to my point. Whatever that is. You see, I'm so disoriented that I can't even decide if I need to go forewards, backwards, up, down, or what.

It's raining today. It's a nice steady rain, and while I was soaking in a hot bath (I hurt my back over the weekend) I opened the window over the tub so I could listen to the rainfall. I wish I could say it offered some relief or insight, but it didn't. It just sounded nice. Even Nature is ignoring me today.

And even writing this rambling piece of nothing I'm losing my way. David left very early this morning to go to Florida for a few days with his dad and brother. The disorientation isn't related to that because it was happening previous to that. I hope he has fun. He rarely gets to take any kind of break like that. And it's important now because his dad just had colon cancer surgery a few weeks ago. They got it all, but he's starting some chemo after he gets back as a precaution.

I've got some kind of spider or bug bite on my foot. It could be a brown recluse bite, but I didn't see what did it. I've had a couple of bites like this before. It's very painful and a little swollen. It will heal but leave a scar like the others. I wonder if I get bitten enough will I be like Spiderman? That would probably suck. Superheroes have hard lives. ;-) So does the Trickster. Both do tend to get beat up a lot, either from bad guys or people who don't like what you have for them. Don't look a gift horse in the mouth, they say. I don't know if it's really possible not to. Be kind to your critics if you can shut them up that way, but if you can't, beat the shit out of them. LOL It doesn't pay to be moderate with some people because they'll just stab you in the back next chance they get. Et tu, Brute?