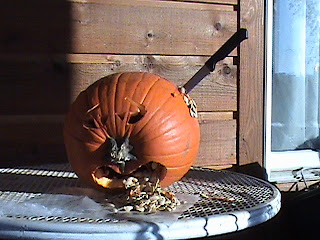 
This totally cracked me up! The actor's name is "Peter" and many of the food items he describes involve sausages and olive oil. ;-)

As for my opinion on penis size, well, it really depends on the man the penis is attached to. And that is my politically correct answer. ;-)
Posted by Rae Ann at 10:20 AM 3 comments:

Yesterday we learned that due to some government idiot's leaking of information to the media we have lost a valuable internet source of intelligence about terrorist plans and activities. What is wrong with people? Don't they have any integrity anymore? I think whoever was responsible for this leak should be charged with treason. We don't know how many planned attacks might have been prevented because of the information from that source. And now it's gone, so if an attack happens the leaker/traitor should be executed. Yes, that's harsh, but it's really inexcusable for someone working for the people to do something so irresponsible and stupid and dangerous. If they made such a big to-do about the Valerie Plame thing then this should be an even bigger to-do.

"There’s no more ignominious fate for these once-powerful titans than irrelevance." Pat Sajak, in The Media and Fred Thompson

I like Pat. He's smart. And in his article about the media and Thompson he pretty well skewers the big media outlets for their crooked attempts to remain relevant in these changing times. A "dwindling handful of sclerotic media outlets" is what he calls them. Sclerotic means something like "old, stiff, and immovable" or the opposite of supple. I like that word, supple. Anyway, I think it does relate to the story above about the leaks to the media. I hope that these kinds of stunts, like releasing a secret video when told not to, will backfire in securing media relevance if enough people will realize how absolutely irresponsibly the media behaves. Enough already. Maybe these media types who air secret videos should be charged with treason too.
Posted by Rae Ann at 10:09 AM 6 comments:

Damn you, tayster, for reminding me of my teenage lust for Billy Idol. ;-)

By the way, I would include Billy Idol's album "Rebel Yell" as one of my all-time favorites.
Posted by Rae Ann at 10:17 AM 1 comment: 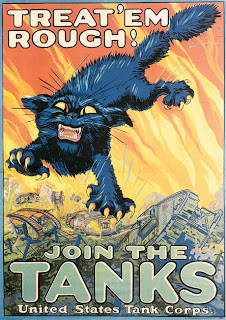 Robert Unger, one of my former (and likely favorite) skating instructors died last Sunday, Sept. 30. He had been ill for some time, and it has been a couple of years, at least, since I've seen him. He always remembered me which was nice. I wonder if it made him feel old to see people like me who he had known since their childhoods. He never seemed old to me.

Sometimes it was hard to tell if he was angry because of his heavy German accent. It wasn't hard to understand his words, but the intonation always sounded a little upset. Well, I think he enjoyed that all of us little girls were intimidated by his speech because I would often "catch him" turn and laugh when everyone else was too afraid to look at him. But his true annoyance would become more apparent in how red his face became. Sometimes it was as red as a beet. Those were the times I was sorry that I looked. ;-)

Mr. Unger was so smart, and that is why he was my favorite skating teacher. He was the one who taught me about the "physics" of skating, the how and why it works better to do it 'this way' instead of the wrong way. Somehow knowing that made it easier for my body to cooperate with my mind. Other kids, though, didn't care about that stuff. They just wanted to know how to do the tricks. They didn't usually care about how to do them right or better, as long as they could do them. They were often the better skaters though.

And Mr. Unger still encouraged us all regardless of how we learned. That is the heart of why he began the "recreational" skating competitions. He knew that many kids enjoyed skating so much although they might not be the most dedicated or talented ones around. He believed they should have the opportunity to celebrate their love of skating in friendly competitions. But believe me, even in "friendly and recreational" competitions it could still get pretty serious and nerve-racking.

I have many memories of Mr. Unger and my skating youth and later of my few years of adult skating and competing before becoming a mother. Not that mothers can't skate. I did the year after my first, and the Robert Unger School always had several adult students. But I was getting too old and too busy to be able to skate the way I wanted to skate. Sometimes we have to leave childhood things behind.

I hope that in his last thoughts Mr. Unger had the peace of knowing that he had helped improve the lives of so many through his teaching us discipline and achievement as well as the ability to move on the ice.

Oh, yeah, and I almost forgot about his hat. I must try to find a photo of him and that famous hat. He managed and owned the Ice Chalet in addition to being the head instructor of the skating school in his name.
Posted by Rae Ann at 4:44 PM 2 comments:

Does your work with string theory make you more or less religious?

I could not have said it better. When I speak of religion and the Freedom of Religion as it is promised in our First Amendment, this is what I mean. It is the Freedom of Thought, the choice to believe in whatever reasons you want to explain the "underlying order and harmony behind the universe."

I realize that many bad things have been done in the name of religion, but the same is true of any idea. I can't think of a single idea that is exempt from being abused and misused. Does that mean that all ideas should be discounted? Of course not. So why do so many people think that eliminating religion and religious thinking will accomplish anything?

The answer is, and it's so simple, respect for others' rights. Sure, you can think that you are right and everyone else is wrong. But when it comes to actions, we do not have unlimited freedom to trample all over everyone else's beliefs. You can tell people they are wrong, but you can't enforce or impose your own beliefs on them. You just have to agree to disagree. If everyone could do that there would be more peace.

The most fun one is that God created the universe. But would one consider that a conspiracy? Certainly it arises from a lot of individuals collectively believing in something, which to me is wonderful because it’s a wonderful point of departure for so many ways of thinking about things. I love the fact that you’ve got individuals such as myself trying to figure out the universe using math and equations. You’ve got other people trying to figure out the origins of the universe from philosophical concerns, others that are approaching it from a theological direction. My brother is a Hare Krishna, and for years every time we’ve had a breakthrough in physics I tell him about it and he says, “Oh, yes, we know of that. It’s in Vedic text number 16,” or something like that. To me it’s always difficult to make sense of the resonances between what you find in sacred texts and what we find in science, because often times it’s a similarity of language or a similarity of perspective — but they’re really not exactly the same by any stretch of the imagination. But I do find it compelling that human thought, trying to answer the same question how the universe began, brushes up against similar concepts [as science] now and then.

That's a funny way of putting it, as a "conspiracy theory."

I've thought a lot about how the religious and philosophical ideas about ourselves, our origins and universe began and evolved with our increasing knowledge. In many ways it probably seems like modern people are much smarter than ancient people. But I wonder if that's really true. There seems to be a difference between amount of knowledge and ability to reason. Humans have had this reasoning ability for a very long time. In the past I'm certain that some people had intuited basic Truths about our existence but were limited by their language and knowledge in how they explained it. That would explain how many sacred texts contain some of the 'same' information as recent scientific discoveries. They are just put into different terms and symbols. I've said it before, and I'll say it again. The development of symbolic and religious thinking is one of the characteristics that separated us from the "apes". One of the "pillars of civilization."

I have never intended to sound like I put religion above science or "rationality." If anyone has thought that, then they simply haven't been paying attention or trying to understand me. I'm sorry if my communication isn't always clear and if that is the reason for any confusion. Anyway, if we use Greene's definition of religion, "unshakable sense that there is an underlying order and harmony behind the universe," you will realize that without it we never would have bothered to invent science at all. Science is the process of discovering that underlying order. Religion is the celebration of it.


Incidentally, a friend of mine has experienced a real and genuine miracle last week. I would like to explain it explicitly, but due to privacy concerns she really doesn't want me to talk about it. But allow me to say this much. What happened absolutely cannot be explained away unless you want to say that the best and most unexpected solution out of 10^500 jumped out and said, "Here I am!" ;-) Really and truly, and you just have to trust my judgment about it, the one thing that no one even imagined could happen did happen. The series of events leading up to it were so convoluted and uncertain that it seemed completely impossible. But as they say, in God all things are possible. Miracles really do happen.
Posted by Rae Ann at 1:17 PM 5 comments: